Home / About Us / Stories of Hope

She Never Knew What Tomorrow Would Bring

What does it mean to hit rock bottom? For Susie, it was being unemployed, drinking regularly and about to experience foreclosure. She eventually lost her home and knew that things needed to change. The first step was checking herself into rehab. After four weeks, Susie transitioned from the rehabilitation facility to the Salvation Army. It took seven months, but she finally was placed into housing of her own. Housing which she has retained to this day.

For Susie, being homeless was terrifying. She never knew what tomorrow would bring. It forced her to put trust in others which was admittedly a new concept for her. Being homeless changed everything for Susie. It was like starting over from nothing. However, she realized that she was not alone in her struggle. There were people and programs already in place to help her through the difficulties and get her back on her feet.

Susie learned that not all the homeless are addicts or alcoholics. She met many that were escaping spousal abuse, got in over their heads in debt or just fell on hard times and needed a hand up. Whatever their stories, they all ended up in the same place. Susie fervently believes that no one should have to live on the street. She also is adamant that homelessness is a community wide issue and that if people want to end it, they have to get involved.

Susie’s life is a far cry from what it used to be. She has money in the bank, food on the table and responsibilities. She says that she may no longer have a house, but she is very fortunate to have a home.

CitySquare is a broad community development organization offering a comprehensive array of social services that address four key areas related to the persistence of poverty: hunger, health, housing, and hope. The organization’s 22 social service programs provide more than 50,000 human touches annually, which includes the CitySquare Transition Resource Action Center (TRAC) in Tarrant County. TRAC connects young people, ages 14-24, who are transitioning from substitute care toward self-sufficiency, with individualized support, planning, and access to community services. TRAC serves as a one-stop shop for youth in need – one call connects a youth to TRAC’s resources, pre-screens, and referrals.
Michael*, a young adult who was homeless, bravely sought assistance and through coordinated entry he was matched with CitySquare’s OnTRAC Transitional Housing/Rapid Rehousing program. He made the transition from homelessness to housed, where he shared a two-bedroom apartment with another young adult who was also in the TRAC program. This apartment was the first time in Michael’s life that he had his own bedroom to sleep in. As Michael’s basic needs were being met and his life became more stable, he continued to work with his TRAC housing coach and became connected with additional resources. Michael then made another brave decision – he chose to pursue sobriety. Eventually Michael exited the OnTRAC housing into sober living housing, where he continues to gain stability.
*name changed to protect identity 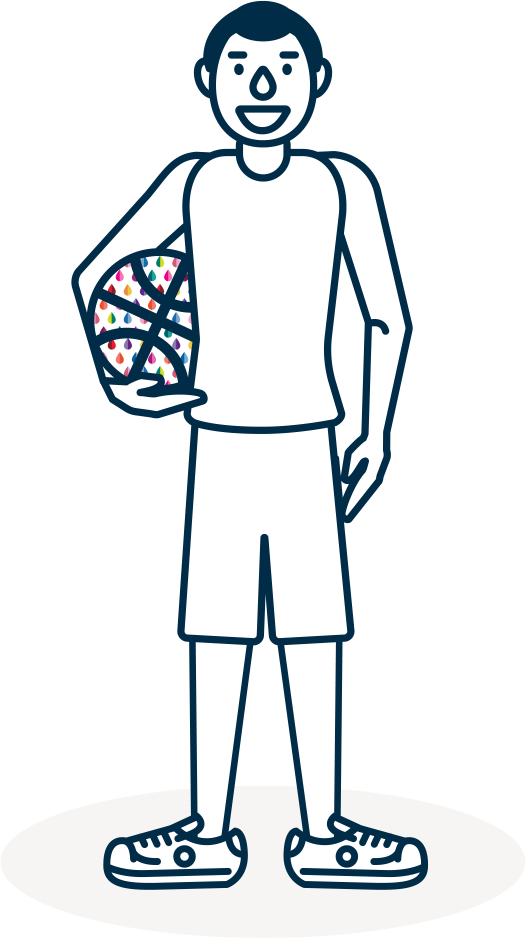